Massachusetts Breast Cancer Coalition (MBCC) is beginning a new chapter with the passing of the torch from our esteemed Board of Directors President, Margo Simon Golden, to new incoming President, Dr. Barbara Malkas. 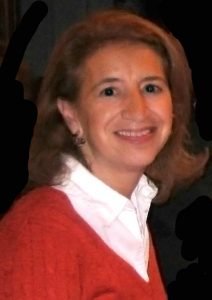 Margo Simon Golden has resigned as Board President, for health-related reasons, after serving on MBCC’s Board of Directors since 2006. Margo was elected President in 2009, and she has served as a tireless leader and advocate for MBCC. During her tenure, she oversaw the development of MBCC’s award-winning Let’s Talk Prevention: Reducing Toxic Exposures community education program, testified before numerous committee hearings examining environmental health risks, and advocated for funding for environmental research. While it is hard to imagine MBCC without Margo, we know that Dr. Malkas shares the same passion, dedication, and commitment to MBCC’s mission of prevention. 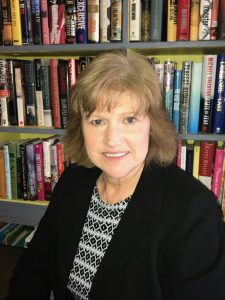 Barbara Malkas, Ed.D, has been the superintendent of North Adams Public Schools since July of 2016, after previously serving as the superintendent of Webster Public Schools for four years. As a science educator, administrator, and a woman who has received a breast cancer diagnosis herself, Dr. Malkas feels strongly that learning about carcinogenic environmental factors impacting health is a civic responsibility and needs to be an important component of each student’s formal education. As such, she has played an integral role in the development of MBCC’s environmental health education program for high school students, Let’s Talk Prevention: Actions You Can Take. Dr. Malkas has served on MBCC’s Board of Directors since 2016 – she steps into her new role after serving as the Board Vice President for the last year.

Working with Dr. Malkas, MBCC is looking forward to broadening the reach and depth of our program work. We will be expanding the high school program with new classroom modules, and adapting the program for both middle school and elementary school curriculums. The Let’s Talk Prevention: Reducing Toxic Exposures community education program continues to be in high demand, and MBCC will look to reach out to new community groups across the state to bring this vital health information to as many Massachusetts citizens as possible. MBCC has also expanded on the highly successful Webinar Series, bringing the work of renowned scientists and educators directly to the community so we can all make more informed decisions about our health and ways to minimize our toxic exposure. Finally, MBCC continues our community partnership with the STEEP Superfund Research Program. We are working with researchers from the University of Rhode Island, Harvard T.H. Chan School of Public Health, and our sister organization, Silent Spring Institute, to share information on reducing exposures to PFASs – a class of toxic chemicals in drinking water and consumer products – through community events, the Let’s Talk Prevention tour, the MBCC Webinar Series, and the October 16th film screening of the documentary The Devil We Know.

At the most recent Board of Directors meeting, MBCC welcomed Edwina Graham, Tribal Councilwoman for the Mashpee Wampanoag Tribe, and Dr. Jill Oxley, M.D., general surgeon at Cape Cod Surgical Associates, as new board members.  In addition, Steve D’Amico, long-time board member, was elected to fill the Board Vice President position.

I am proud to be working with such a diverse, accomplished, and dedicated group to help MBCC on its journey towards prevention.