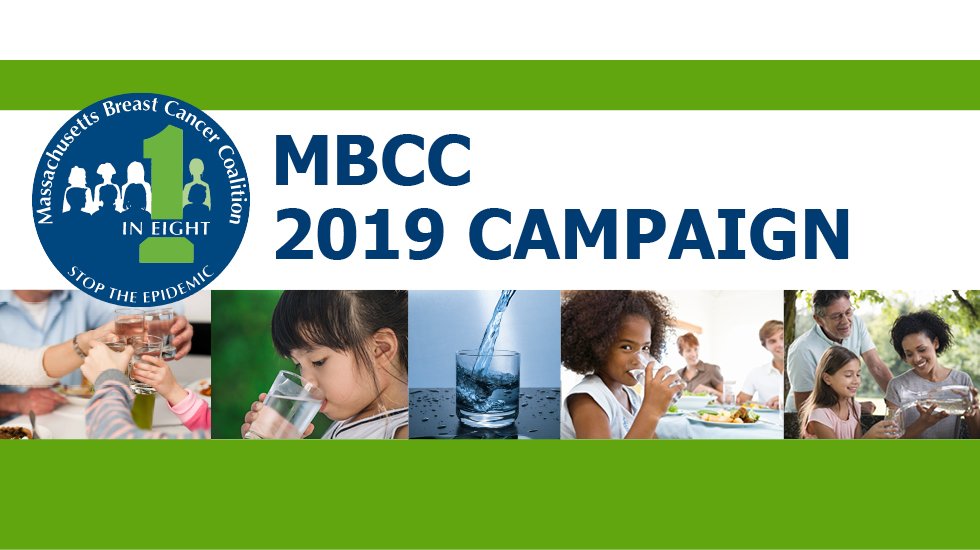 A Call to Action!

Massachusetts Breast Cancer Coalition (MBCC) is reaching out to our supporters to contact Martin Suuberg, Commissioner of the Massachusetts Department of Environmental Protection (MassDEP), for greater protection of our drinking water.

Millions of people unknowingly have toxic chemicals in their drinking water and the U.S. Environmental Protection Agency is doing little to regulate them. In the absence of guidance from the federal government, states are taking their own steps.

PFASs, a class of toxic chemicals in drinking water and consumer products, have been linked to a wide range of health effects including immune system toxicity, elevated cholesterol, delayed mammary gland development, effects on the thyroid and liver, and cancer. Scientists are concerned that exposures to chemicals that alter mammary gland development may increase the risk of breast cancer.

In June 2018, the MassDEP issued a guideline to regulate PFASs. The guideline is 70 parts per trillion for the total amount of 5 PFAS chemicals in drinking water. MassDEP recommends that public water supplies take steps to keep PFAS levels below this guideline, and pregnant women, nursing mothers, and infants are urged to avoid water that exceeds this guideline. MassDEP’s guideline is somewhat more restrictive than the U.S. Environmental Protection Agency’s guideline, which only considers two of these chemicals.

However, scientists are concerned about health effects at lower levels of exposure, and some states have taken action to further restrict PFASs in water. For instance, Vermont’s drinking water guideline is just 20 parts per trillion for the same 5 chemicals-three and a half times lower than MassDEP’s guideline-and New Jersey has developed drinking water standards of just 13 or 14 parts per trillion for three of these individual chemicals.

MassDEP Can Do Better!

While MBCC appreciates that MassDEP is concerned about PFAS and has taken some steps to limit exposure from contaminated public drinking water supplies, additional measures are needed to protect our water supplies and our health.  We are urging MassDEP to issue a more stringent drinking water limit in light of the extreme toxicity of PFAS chemicals, develop requirements for cleanup of PFAS at contaminated sites, and make sure that the public is informed if their water supply has PFAS.

We ask you to please contact Commissioner Martin Suuberg at the MassDEP to urge the Department to protect Massachusetts residents by:

With over 4,000 PFASs on the global market and emerging understanding of toxic health effects, PFASs pose an enormous public health challenge.

PFASs are a class of toxic chemicals used in many consumer products such as stain resistant carpets, non-stick pans, waterproof jackets, and grease-proof food packaging. These chemicals are extremely persistent, and some can linger in our bodies for many years. Nearly all Americans carry traces of these chemicals in our bodies.

PFASs are also showing up in a growing number of drinking water supplies across the U.S. Often this contamination is linked to the use of firefighting foams commonly used at military bases, airports, and fire training areas. Some contamination comes from industrial sources. In 2016, an estimated six million Americans were served by a public water supply that exceeded an EPA health guideline for two PFAS chemicals. More recently, the Environmental Working Group estimated that over 100 million Americans have these toxic chemicals in their drinking water.

Communities in Massachusetts are affected too. PFASs have been detected in drinking water sources serving Hyannis, Westfield, Mashpee, Ayer, Devens, Danvers, Hudson, and most recently, Martha’s Vineyard. Other water supplies may have undiscovered contamination.